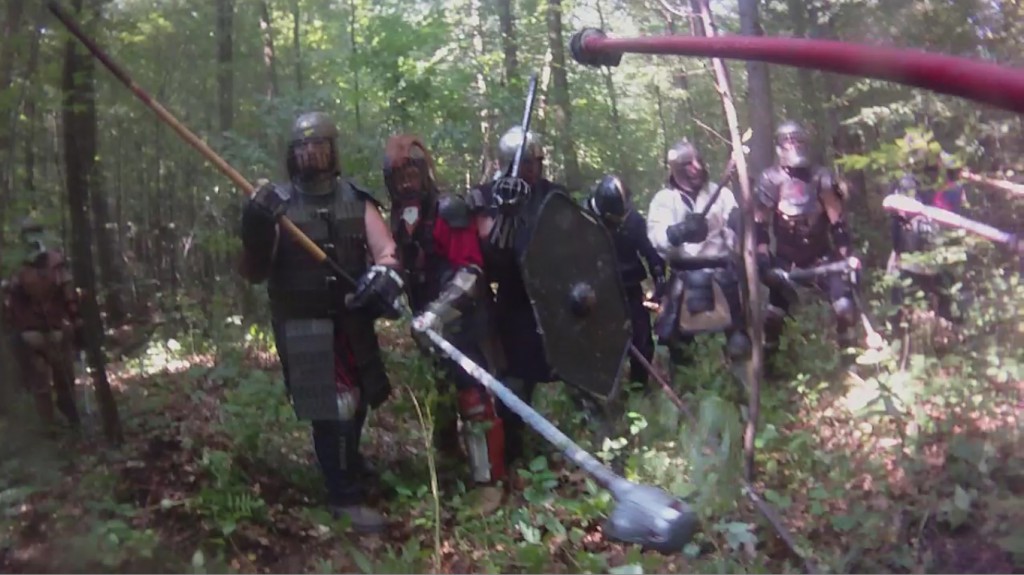 Click here for 2-Minute Hits from the Shield Cam

Ethereal is a multiplayer medieval combat game that explores what is FUN about a realistic simulation of medieval combat through a video game. Project Ethereal began as a Graduate Thesis Project. Much of our game design came from documenting the culture of modern medieval combat reenactments. A Beta version of Ethereal was published in Spring 2013.

I like to be really involved in everything that I do – the more I can get my hands dirty the better. My experience in learning live medieval combat with the Society for Creative Anachronism (SCA) was a reference point in designing the Ethereal game mechanics for a visceral, gritty medieval combat. The SCA practices full contact martial sport – and it was such a thrill.

It was hot and humid from July through September as I wore 40 pounds of homemade armor, a shieldcam, and carried a rattan sword to learn what it felt like to be a medieval combat warrior. 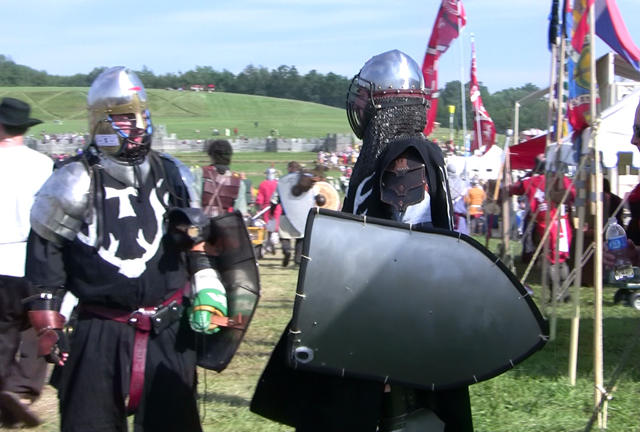 That’s me on the right holding the ShieldCam

Coordinating with IGN’s Gamespy Technology team and their Indie Open House Program was instrumental in getting our game to the final beta version we released. 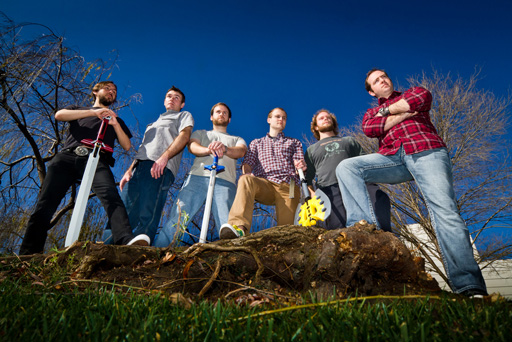 One response to “Video Game Production”